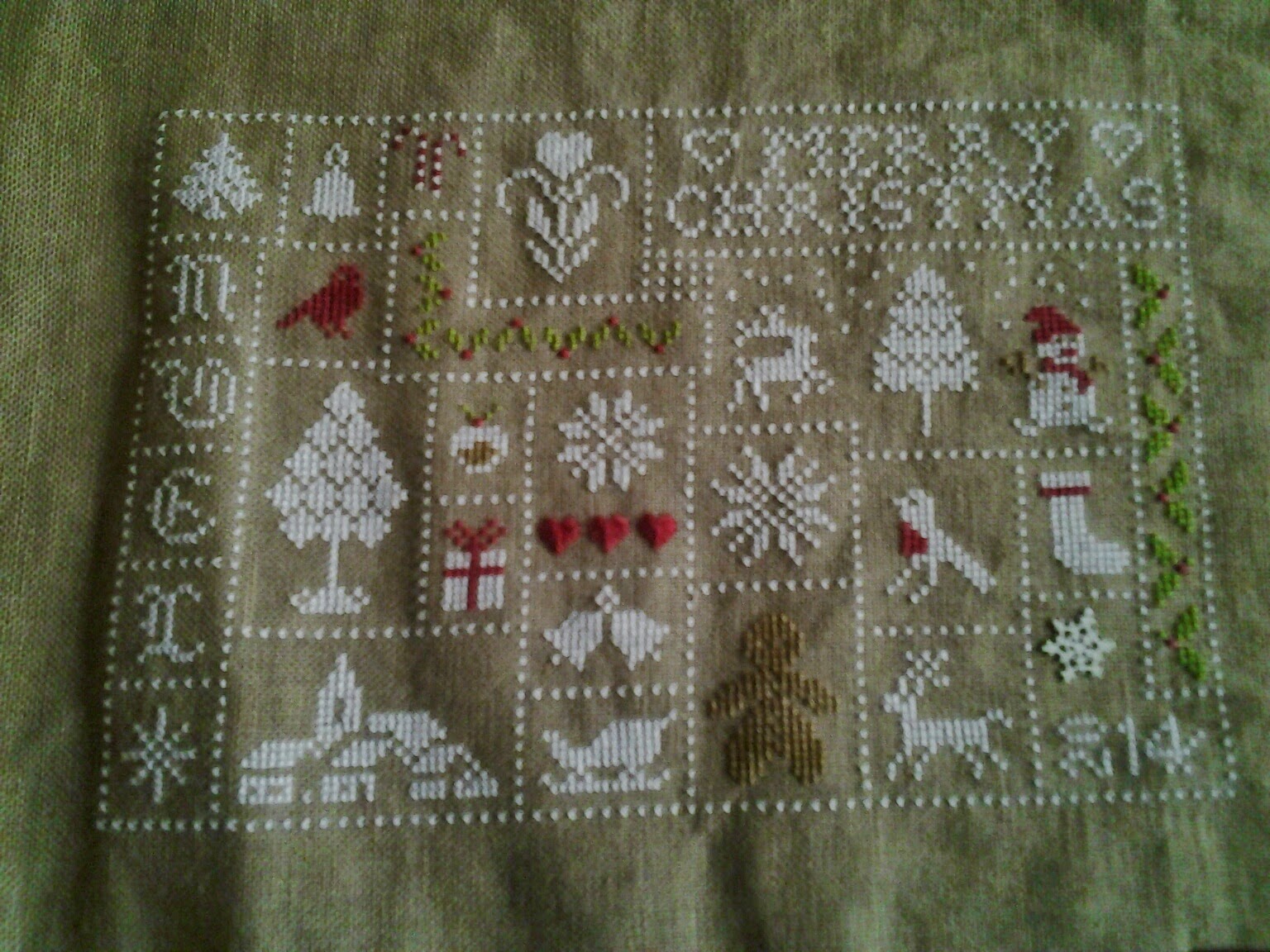 Once again it's been much too long between posts, but I thought I would record a few things before my Christmas stuff gets packed away for a year.  Above is the iStitch 2014 Sew Advent.  I used the same fabric that I used for the 2013 version - 36 ct. Raw Edinburgh with HDF White silk and random red, green and brown silks. 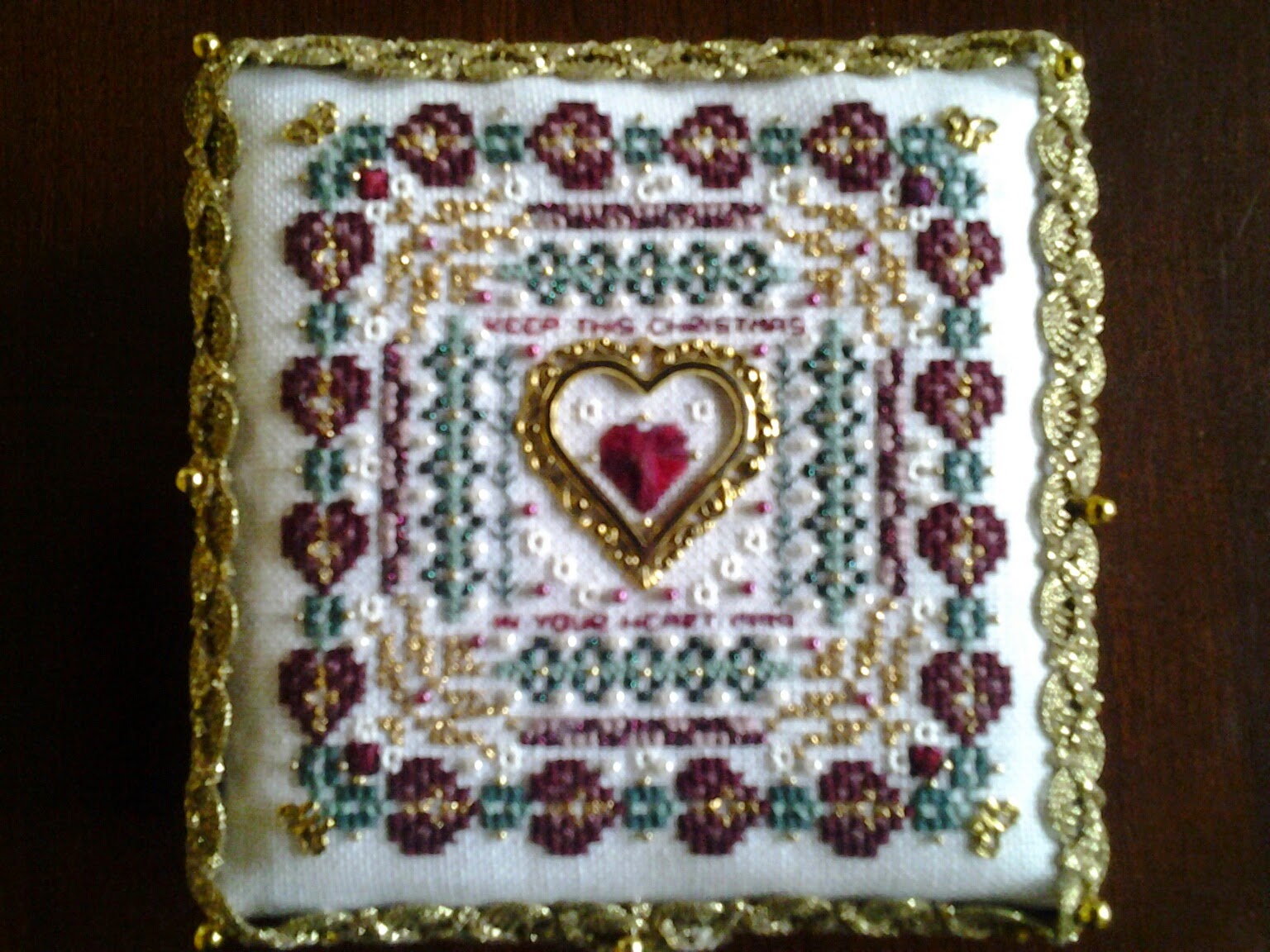 U '
I also finish-finished a Just Nan satin box from 1999 - it was almost done, and only took about an hour to complete - the poor thing had been languishing in my drawer for years! 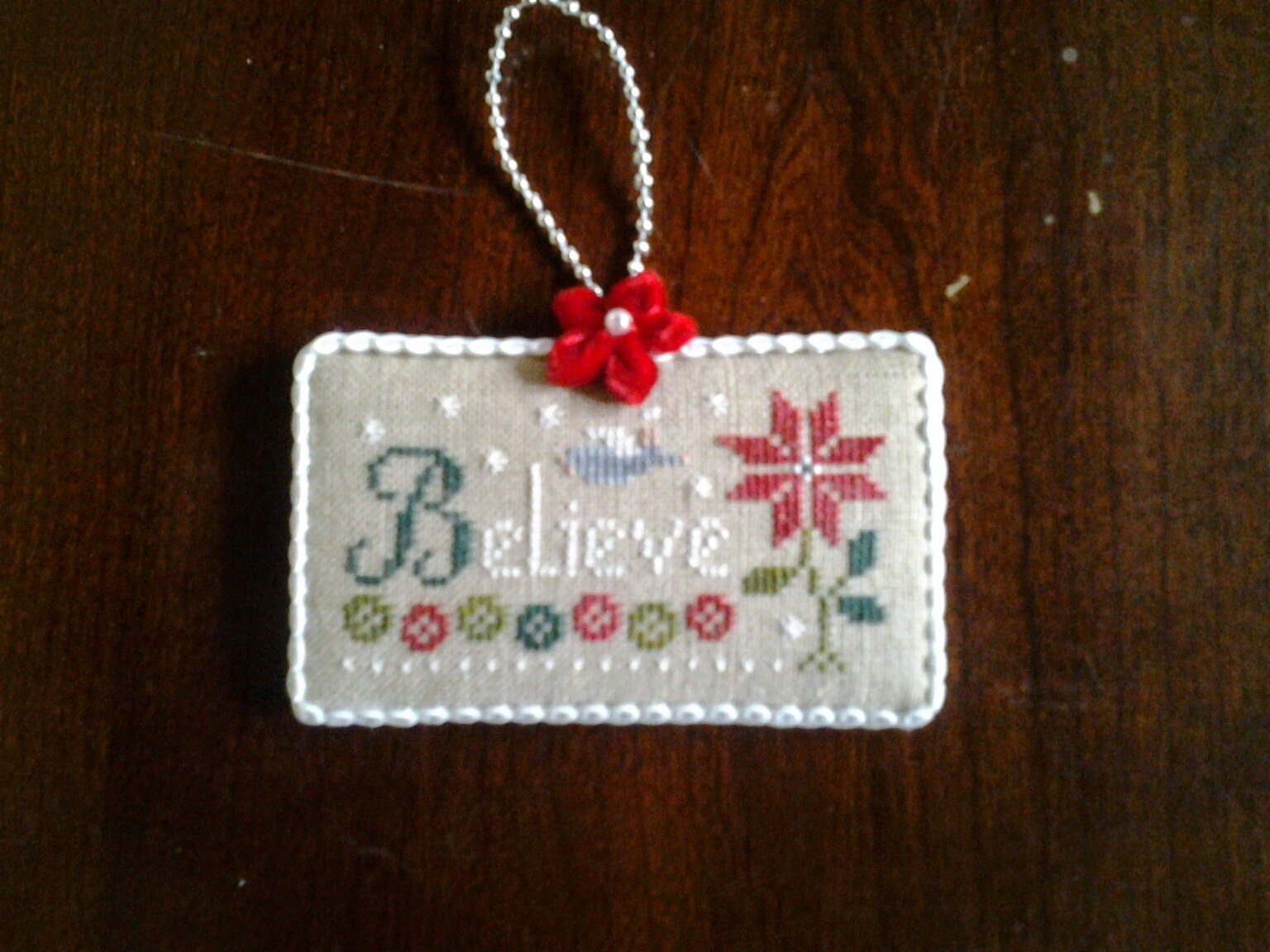 Here is the adorable ornament my stitching buddy Carol S.  made for me.  Her work is so beautiful and the finishing is just perfect!  The ornament looked lovely on my tree. 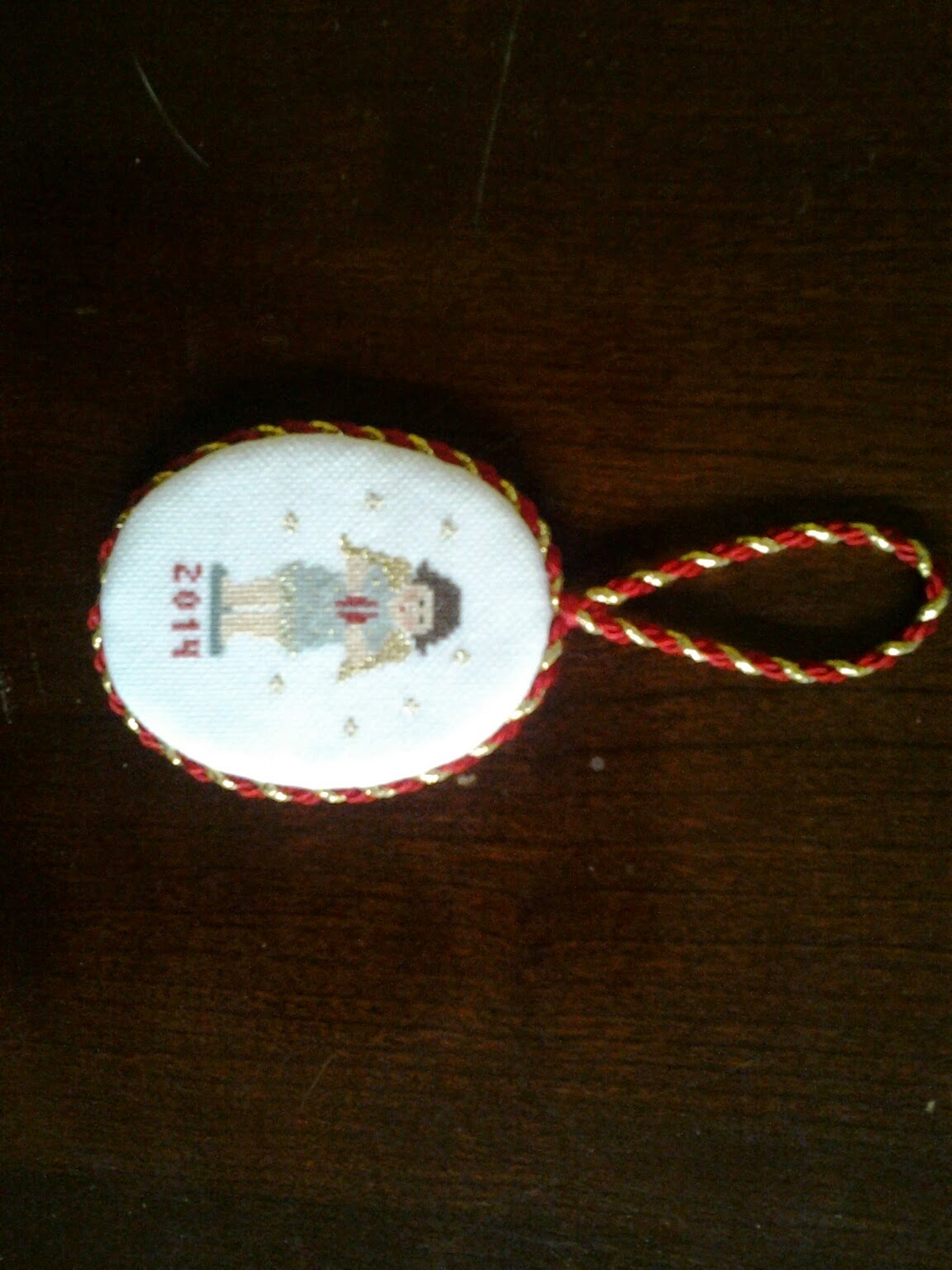 I see that blogger is still up to its old tricks of turning photos sideways :-(  This is the ornament dear Marie P.   stitched for me.  This little angel is just as sweet as it can be and looks so nice nestled near a companion angel. These are the ornaments I made this year.  I stitched and finished the Flora McSample stockings from 2013 (?).  The finishing came out okay - at least I learned quite a bit so that the next batch should be better.  The little ornament is a small freebie that I stitched with leftover fabric and silks.

2014 was a good year.  I finally made it to Christmas in Williamsburg, and had a great time.  I had to leave early, so I did not get to do everything I wanted to, but I plan to go again next year.  I roomed with another avid stitcher, Shelly, who did not complain too badly about my snoring - so we have plans to go together to Salty Yarns next June for some Betsy Morgan classes.

Not stitching related, but in September we spent a week in Munich - such a lovely city.  I really liked the people, the food, and the beer.  It was very easy to get around using the trains, and everything was sparkling clean.  I would jump at the chance to go back.

I have been working steadily on And They Sinned - I am almost done with Page 3, and still loving it.  I took a few of my things to be framed at Total Framing in Fairfax VA  and got to meet the famous Sheri Burkman, who is also a stitcher and framer extraordinaire.  Paulette Stewart at Plum Street Samplers is always raving about the shop and Sheri.  Their work is top notch - and I have found them to be much more affordable than other places in Maryland and Virginia.

Well, at the risk of rambling on and on, I will close and return to my stitching.  Happy New Year, and may you have limitless stitching time!

I'll be taking those classes next June--will see you there.

Happy New Year, Margo! Lovely ornaments that you received as well as stitched. Total Framing is definitely top notch in the framing business.

You have stitched some great ornaments here. I particularly love the little stockings you made. Also the Advent stitching is a wonderful piece.
So nice that you liked your visit at Munich.
Have a great 2015!

Congrats on the completion of Sew Advent and Just Nan box. They are so pretty. Your stockings are fantastic as well.

Love your ornie from sweet Carol. :-)

As for the Angel…there will be another one in 2015 for you!

I didn't know you were going to Christmas in Williamsburg…lucky you!

If I get to return to Germany this year I will check into visiting Munich…glad you had a good time.

See you in May, my friend!