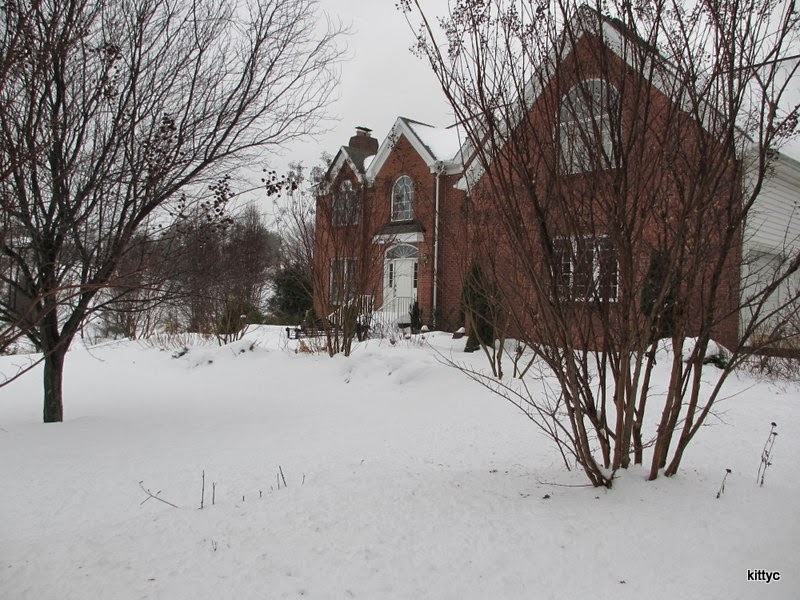 I love a good snow day as much as the next person - especially if I don't have to get out in it, but seriously this is ridiculous!  Fortunately DH is a hardy Mid-western stock, and ventures out regardless of the weather - perhaps he just can't face the idea of being cabin bound with me if I don't have milk for my coffee!  This is my house after the first wave of snow last Wednesday night - we received another 4-5 inches in the next few days.  It's beautiful today - the white is a nice contrast to the blue sky. 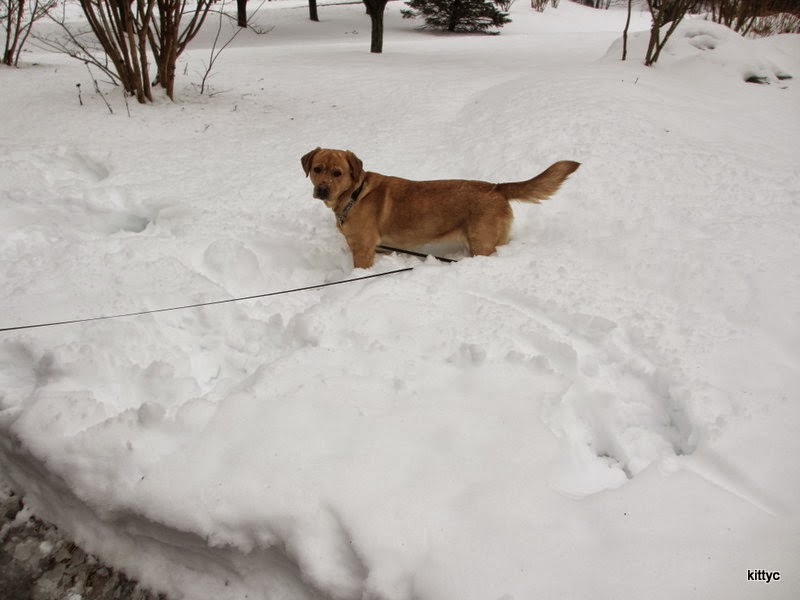 Here is the fearless Labrador  - Emie loves the snow, despite finding it difficult to plow through! 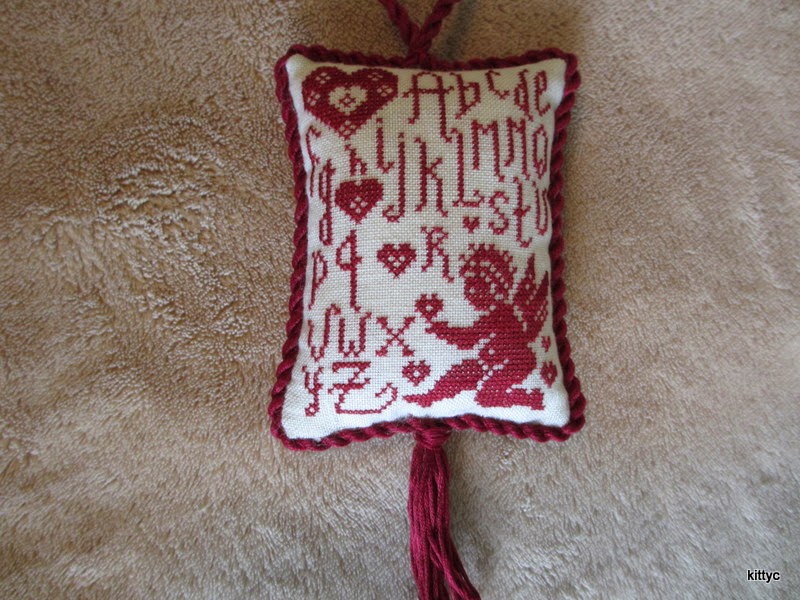 One great thing about the snow is that I had a chance to finish my Valentine smalls for this year - this is a chart I found in my freebie notebook - I can't provide proper credit to the designer, but it is a very cute design. 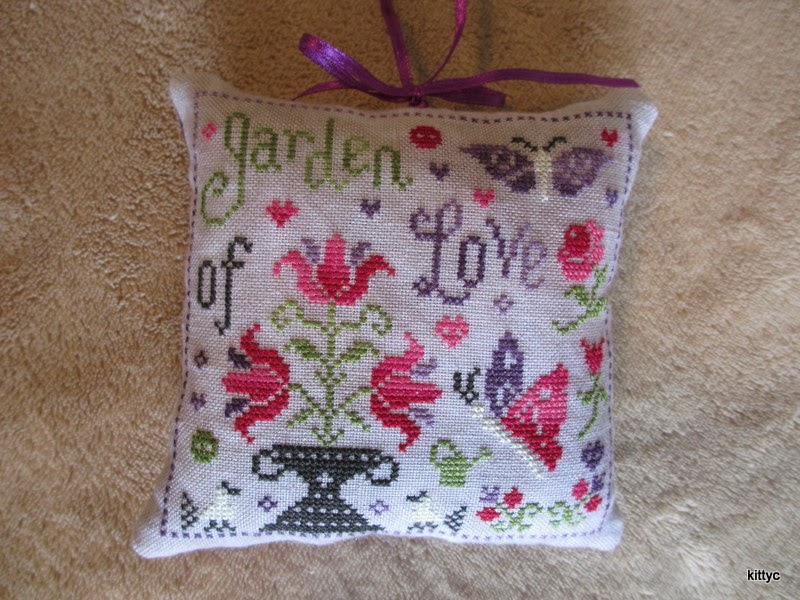 This is Garden of Love by Citrouille's Designs.  This was a project from the 2013 Year of Smalls blog.  The fibers are Belle Soie and the fabric is a 36 ct Shale from PTP.  The linen has a lavender cast to it - it's sweet in real life. 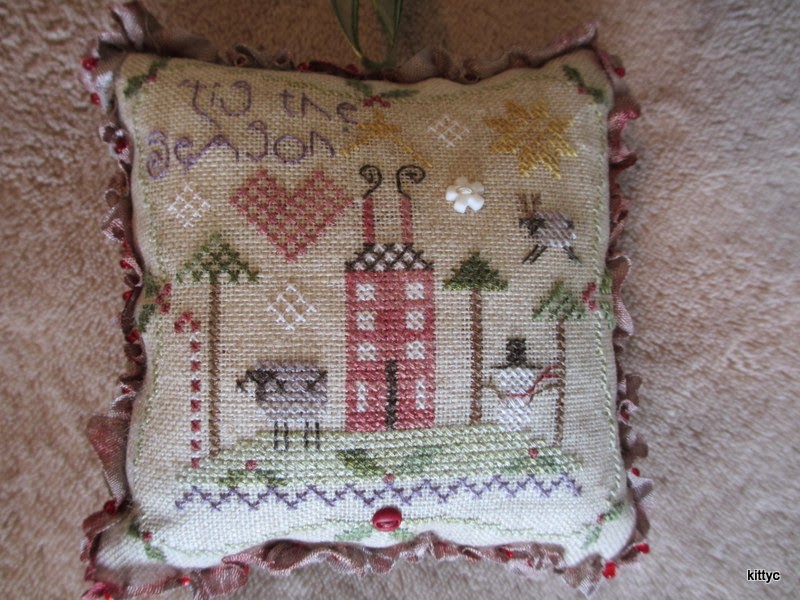 My ornament for February is Tis the Season, a kit by Shepherd's Bush.  The ribbon and beads came in the kit, with instructions to do a wonky trim.  After I got the hang of it, it is really easy to do and is a perfect finish for this project. 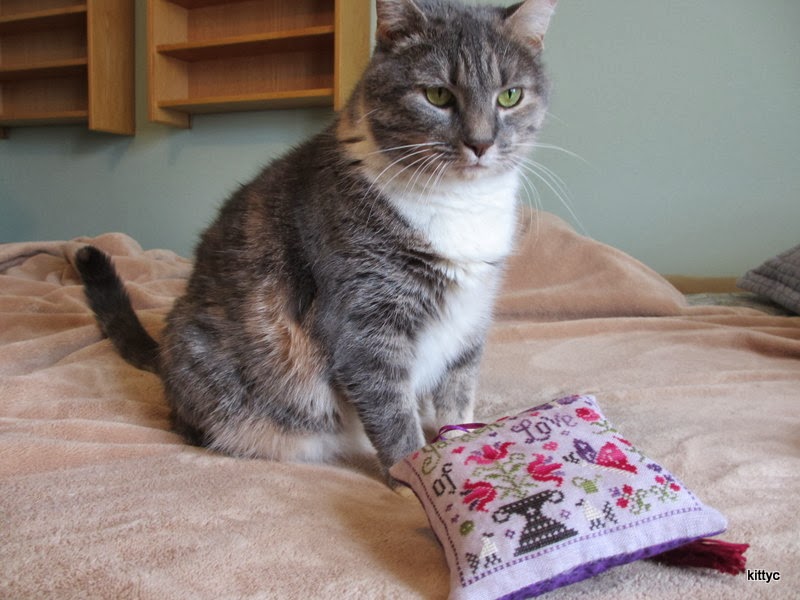 And the last pic for today is my stitching helper Athena - this is the reason my twisted cords have extra fuzz!

I have been enjoying the updates on the new releases at Nashville - I wish I could have one of everything.  This is a banner year for new designs.

Until next time, happy stitching!  Margaret
Posted by Margo's Musings at 3:02 PM 5 comments:

Hiya,
I've started off the New Year working on ornaments.  This year I am determined to finish a few as I go, rather than have a bunch of stitched fronts to deal with in December.  So far, so  good!
﻿
Here's Peace on Earth by Barbara Jackson, which she taught as an online class through the Shining Needle Society.  I messed up the original linen, so I substituted a piece of Attic Lace by Lakeside.  It is a charming piece!﻿ 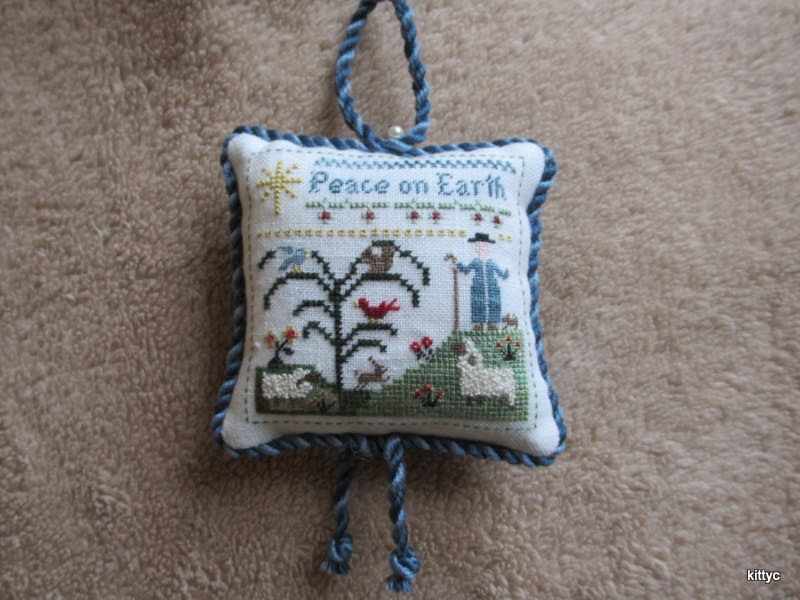 This is Peace on Earth from the 2013 JCS ornament issue.  I used the recommended threads.  It looks a bit wonky in the picture - sorry.﻿ 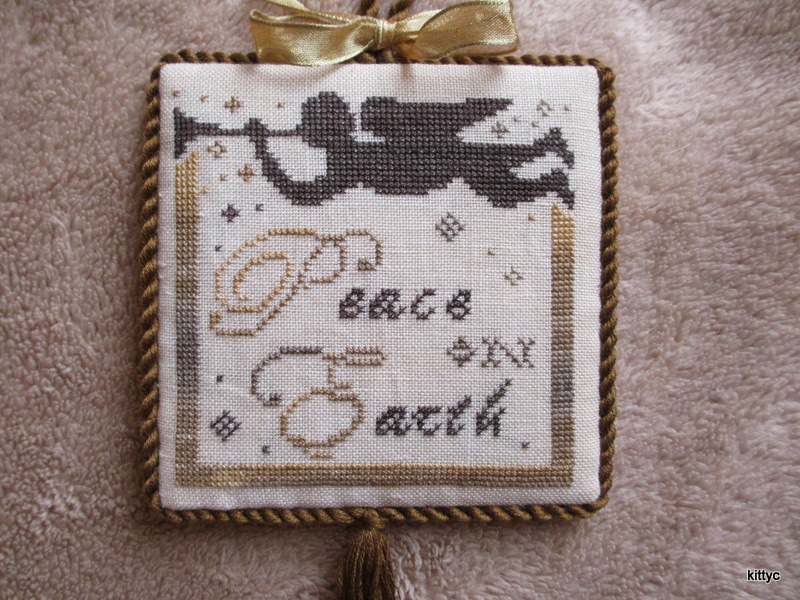 Also from the 2013 JCS ornament issue, here is Merry Christmas by MBT.  I used the recommended threads.  This is my first shot at rusched ribbon, using a tutorial from Vonna's (Twisted Stitcher) web site.  Not too bad, if I do say so myself.﻿ 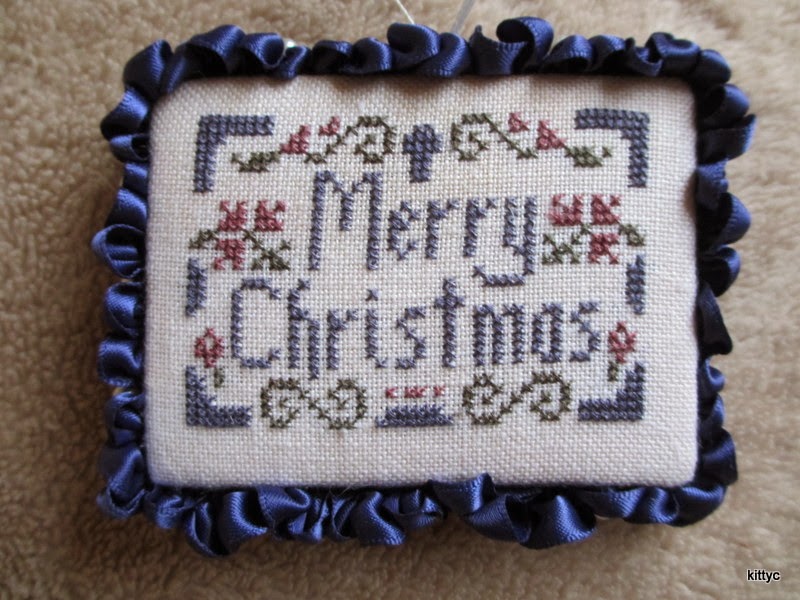 And this is a bonus chart that came with Lizzie Kate's Christmas Mystery Sampler.  It's on a piece of Dubloon linen - I really like how this turned out.﻿ 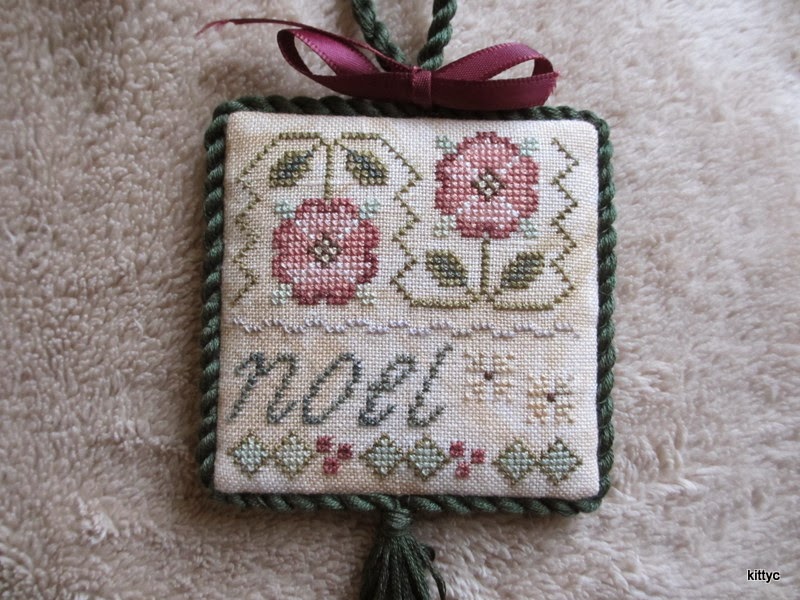 Well there you have January's production.  I am working on a Valentine small; and another ornament for February.  I also put a few stitches in some samplers, but not much progress to show.
I also am drooling over the classes at Celebrations this year.   I am adding to my planned stitching indulgent trips by taking classes at Salty Yarns in June and finally going to Christmas in Williamsburg.
Oh, and in between, I can't forget the trips to Missouri to annoy see the Boy Wonder.  We will be spending St. Patrick's Day weekend there  - they have a big party weekend.  I haven't been in many years, but I wouldn't miss this one for the world.
Until next time, happy stitching, Margaret﻿